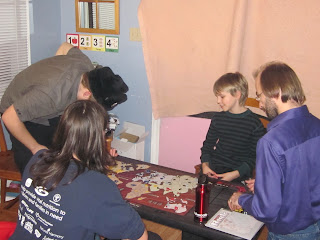 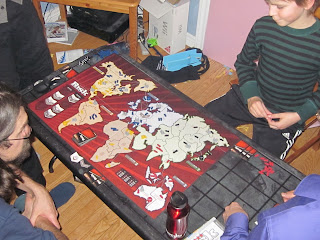 While the menfolk made plans for world domination, us womenfolk got serious about the really important things in life. No not whiskey... recycled bottle.. Its actually homemade wine. 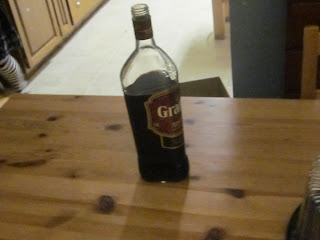 Morgan decided he prefered our company to the company of the RISK players. And though it looks as though he is enjoying a glass of wine the size of his head, actually he had soymilk, the wine is mine.
Sorry Morgan, a few years to go yet buddy. 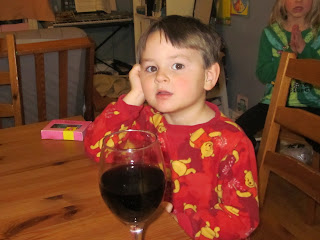 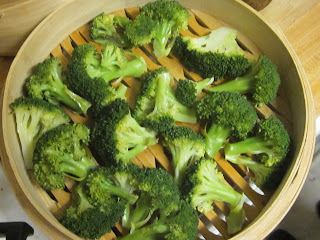 the boys did take a break to eat. Brocolli was the prettiest thing we ate, but there was lots of other good food.
Seonaid was the one who took it out of the oven 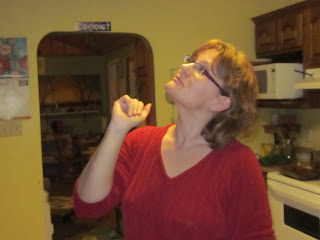 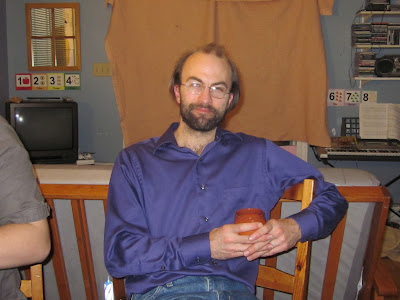 Geoff was the chef 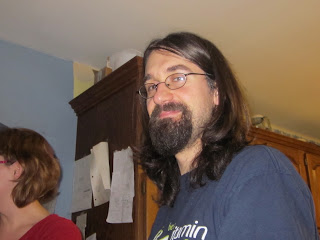 Conrad made sure the wine was hitting the glasses 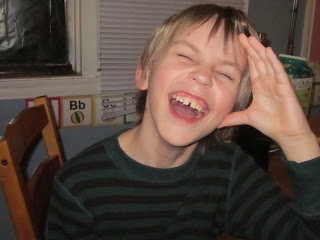 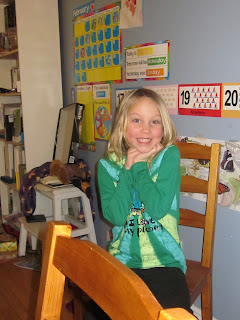 Sophie entertained us all she has a huge amount of energy.
Phew, I am tired just thinking about it! 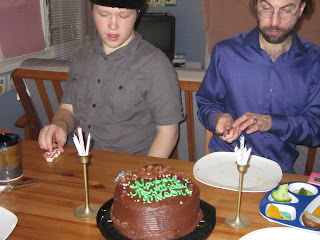 Mason and Geoff had a very serious discussion about something...I think. 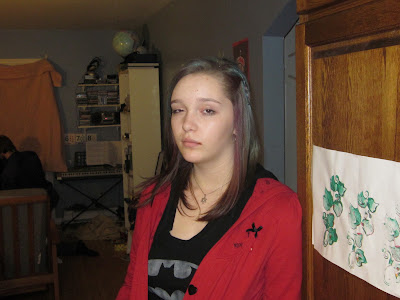 India woke up from her nap, and joined the festivities-Thanks for that,lol. 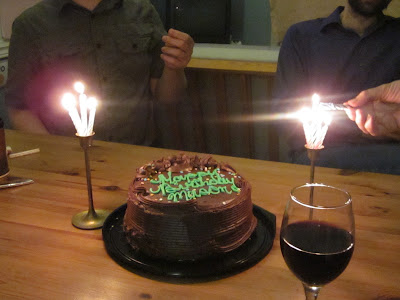 We decided to forgo the traditional candles in the cake scenario, in favour of the flaming torches beside the cake. Mostly because we only had recycled candles and we could not guarantee that some kid hadn't licked them on a previous birthday .  Normally we would use new candles, but seeing as we are snowed in, any fire is better than no fire. Resourceful. That's what we are!
AND... my kiln fired beautifully and I am in love with the results of this firing! here is a taste of what came out.. remember those slippy blue bowls I was throwing???? 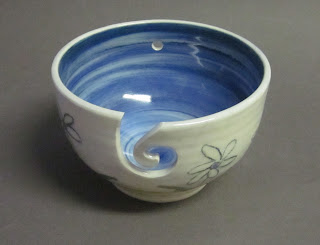 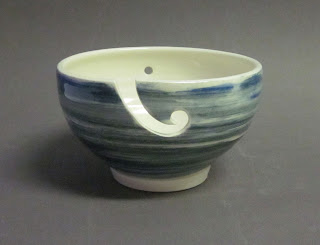 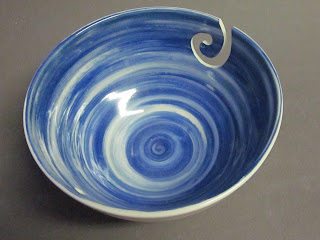 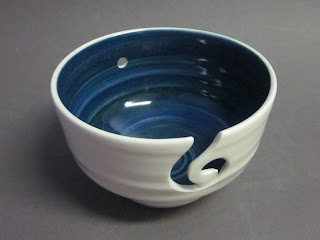 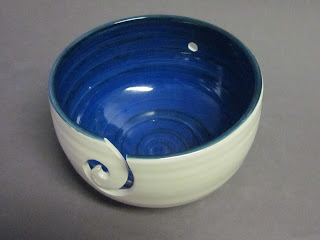 I KNOW!!!!!!, I felt the same way when I saw them. I could just eat them right up. That blue and teal slip is SUPER YUMMY!
But lets not ignore the handbuilt yarn bowls, no, they are also looking pretty fine! as a matter of fact, I think this may be the nicest yarn bowl I have ever made. 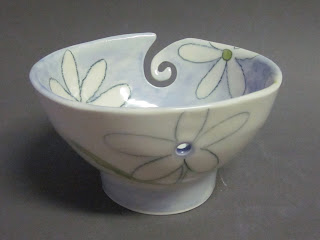 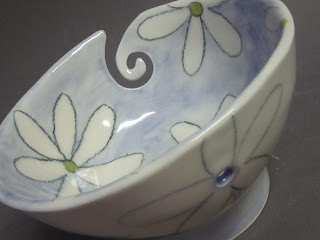 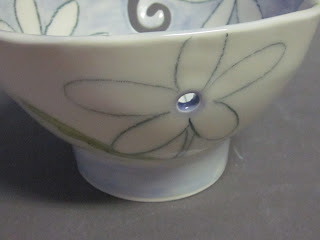 I love it so much, I am sad to ship it off to NB tomorrow along with a few others, bound for the St John City Market, with my  friend Liz. I am making more of these asap.
Here are a few more. Pretty, but not as pretty as my Daisy bowl. 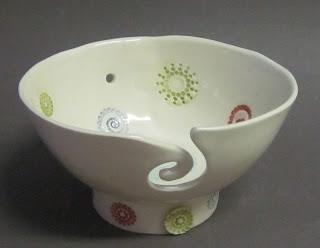 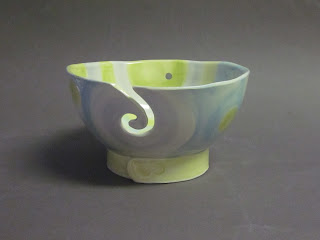 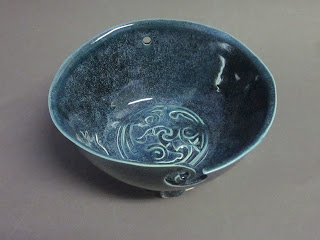 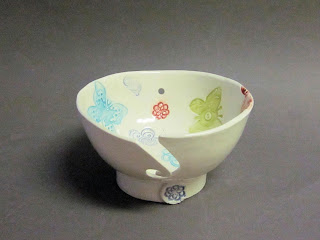 But I must say, I have been working on a new product, something I haven't made since it was an assignment in second year... Jugs. They are lookin pretty sweet I must say. sure there needs to be some tweeking on the proportions of the smaller ones, but all in all. I declare it to be an excellant start 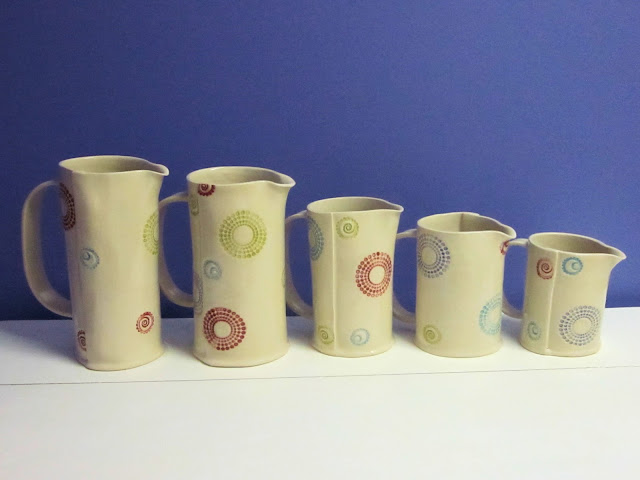